Haran Kislev, a Shenkar graduate, is showing his first solo exhibition at Bee’ri Gallery, in the kibbutz where he was born and raised and where now he is raising his children. He is deeply connected to the local landscape of his childhood, the trails in the fields and heavily influenced by the ongoing regional security situation.

Haran began painting after completing his military service. His art studies included Hatahana – School for Figurative Drawing, with David Nipo and Ran Tennenbaum. His art degree from Shenkar was combined with studying at Hakolel – Studio for Contemporary Painting, with Ran Tennenbaum and Guy Avital. Between 2012 – 2016 he studied at Shenkar- College of Engineering, Design and Art, with Jonathan Gold, Prof. Larry Abramson, Gilad Efrat, Alma Itzhaky and Etti Abergel. Haran graduated with honors from Shenkar, winning the Azrieli Foundation Award for Outstanding Students and the Irene Kreitman Excellence Award. Although he is a young artist at the beginning of his career, Haran developed a personal artistic style: rich oil paintings with heavy impasto, thick layers of color and wide brush strokes, occasionally applying the paint straight from the paint tube.

During his studies, Israel launched Operation Protective Edge (the 2014 Israel- Gaza conflict). The accumulation of tensions caused by the regional security situation had a significant impact on his work. He regularly ventured out to the border with Gaza to paint, where he experienced the typical smell of the land, his childhood memories of trips to the fields, places he once found tortoises and anemones. But the familiar scenery was disturbed by the air of urgency and danger. Using pencils, gouache, charcoal, pastel and watercolors he painted agitated paintings. Patches of forests, roads, plots of land and fields, army and agricultural vehicles. He drew with haste due to military patrols passing by. The lack of time in addition to the fear of terrorists or accidently being shot by Israeli forces, made him sketch quickly. An abstraction emerged from the swift sketching and strong expressions emerged from the tense feeling and emotional alarm. He often wrote in his diary while processing the subject, focusing his thoughts and actions. Later, in the studio, he used the sketches as a base for his paintings.

Attempts to paint new locations failed. Therefore, he focused on the series “The Road to El Bureij”. The road to El Bureij begins at the British paved Concrete Road, passes by the Sulfur Mines, turns right (west) and slopes upwards, until you face the border. There is a consistent element of surprise that follows the upward sloping road to the blocked dead-end at the border. Near the road stands an old X shaped fig tree and a hedgerow of prickly pear cactuses that once served as a fence. This landscape is shared on both sides of the border. Later on, he will bring his grandmother Hasida, one of the elders of Kibbutz Be’eri. He sat her on a chair in that exact same place and painted her. In his last paintings the figure and landscape share colors to the point where the figure dissolves into its surroundings The more faded the figure of his grandmother, the longer the name of the painting: “Grandmother, Irish Bridge and Military Patrol on the Road to El Bureij”. In his last painting “Earth and Mud” the point of view shifts as the sky disappears, the brown paint transforms into a sculpted mass, simulating the muddy brown earth of the disputed territory.

The term “border” in Haran’s work refers simultaneously to a specific place and a passageway between here and there, ours and theirs, then and now, calm and tense, safety and danger. The border charges the landscape, as El Bureij – the refugee camp across the border – haunts the artist. His work is influenced by Frank Auerbach and The School of London, as well as Chaim Soutine and the Jewish School of Paris. In particular, Frank Auerbach’s series “To the Studio” and his devoted persistency, repeatedly painting one road. 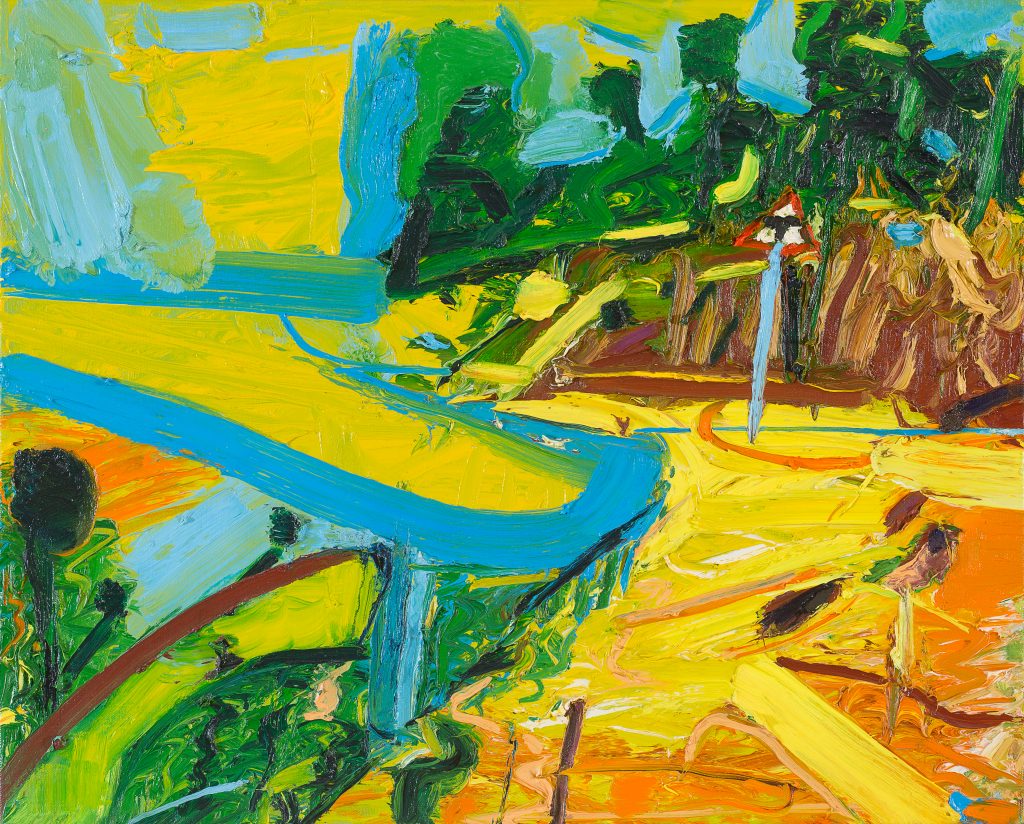 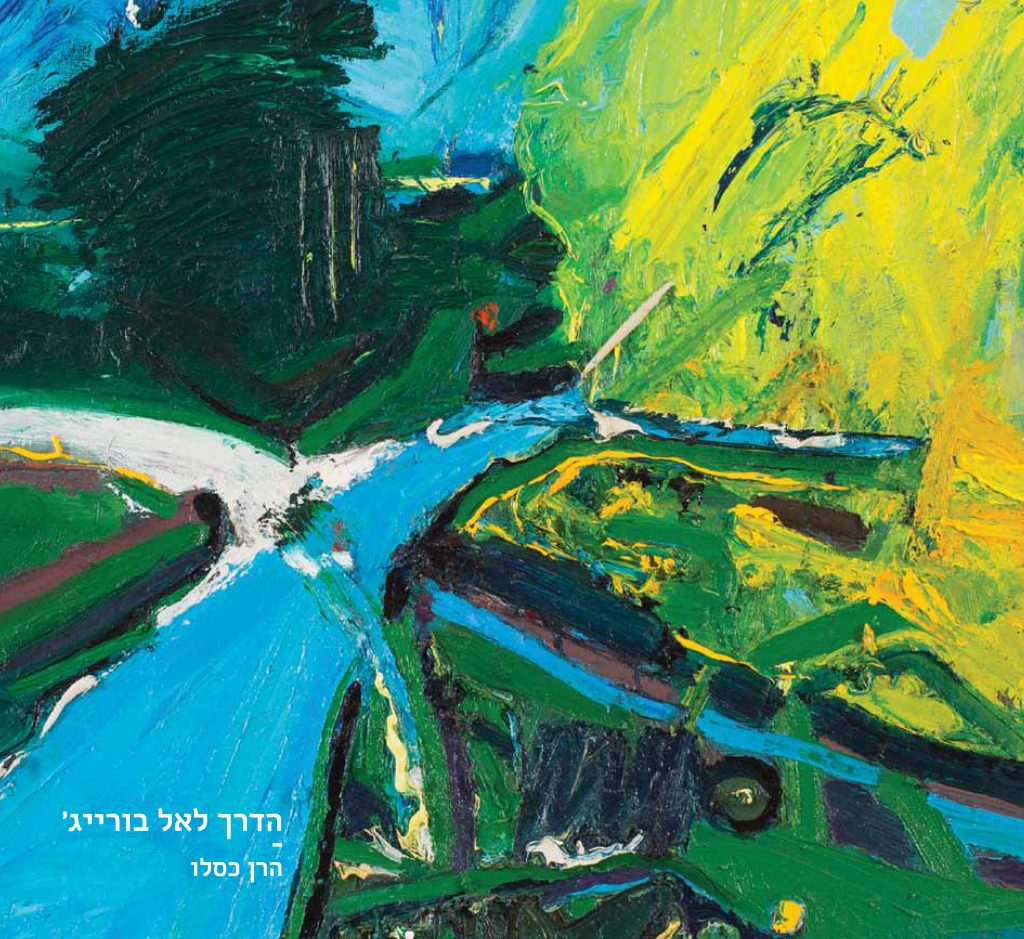 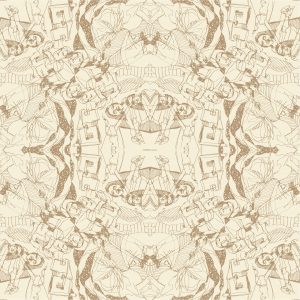 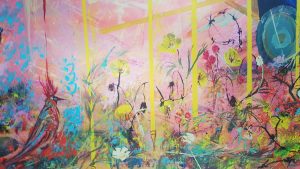