The Nahabir area , located three Kilometers west of Kibbutz Beeri, and three Kilometers east of Gaza City, is a fascinating historical environment. The person walking this flat open territory, with its badlands and creeks, their Loess soil grooved by the rain, can’t help but marvel at the quiet and pastoral landscape in which protruding man-made remains are stubbornly covered by vegetation. Still, the hands of time could not cover up the 170 white walls and dirt berms raised by the British to serve as ammunition depots in preparations for the expected invasion from Egypt by Rommel’s army during World War II. Rommel was stopped, the ammunition compound was never used for the purpose it was built, and not a single bomb was placed in it. The skeleton of the sulfur factory established by a British-Egyptian company in the 1930s still stands tall and attests to an abandoned fortitude, and the water tower and security house in Nahabir (Old Beeri) overlook the serene landscape from afar. They, too, tell the story of the night ascent to the place and its defense during the Independence War.

In recent years, peace (which prevailed in the region after the Six-Day War) has been disturbed again with the three “operations” in Gaza, “Pillar of Cloud,” “Cast Lead,” and “Protective edge.” Back then, the whole area was buzzing with Qassam rockets fired onto the enveloping settlements and Israeli air force bombs and artillery batteries, which ignited Gaza and shook the houses of the nearby settlements. Later on, incendiary balloons were sent from Gaza’s direction; they ignited and burned the fields, the JNF forests, and the wadis. Large, ugly black stains spread in the fields. The whole landscape changed every summer, and thick, suffocating smoke penetrated the settlements and made it difficult to breathe. And yet the breathtaking view stretches, and the fields become green anew every winter. This field is the location Anat Proper Goldenberg chose for her performance. It is laden with a local history of wars, fires, “red alerts,” fortification walls, and British-era ammunition. Fire, smoke, and anxiety. She herself is the performer, wearing a dark dress and a kerchief, a belt, and an apron made of hammered copper with hand-made embroidered ornaments. She walks the open field, her head touching the horizon, rubbing her hands against each other in a perpetual Sisyphean motion while circling barefoot, her feet rubbed and wounded by the dirt clods and stones, fluttering over the wheat sprouts growing in the field.

The camera follows the woman in the field with patience and attention from a distance and up close. The wind blows her dress, threatening to subdue her. In the background, the sound of the artist’s voice slowly reciting, over and over again, the lyrics of Yair Lapid’s verse – “The Sailor’s Sweetheart Song.” Lapid wrote it after reading Jorge Amado’s book “Sea of Death.” The novel’s backdrop is the life of sailors and fishermen on Brazil’s port of Bahia docks. It describes the fate of three sailors’ wives who are doomed to wait in fear till their loved ones return from the sea, where they were condemned to die. And here, in these parts, who is the woman that is waiting forgotten? Who is she waiting for? For her beloved never to return from battle? For her son sent to the war in Gaza? Is their fate too decided in this story? And what is the role of the wind in the song? Is it to deliver the tragic news of death? And how long will she patiently wait until the worst of all happens?

Everything is quiet except for the sound of the copper discs rubbing against each other on her palms, the wind rustling in the open field, and the monotonous female voice reciting over and over again as if accepting the verdict and decree, echoing itself, mingling and merging in the wind that is very present in the soundtrack. The repetitive, ritualistic circular motif has no outlet nor point, but at the same time, it is magical and fascinating, and we can’t break away from it; there is no other way nor return. It conquers us. The woman appears on every screen from a different direction and inadvertently multiplies herself to become WOMEN. She approaches us from the right and \from the left or from the center of the far-field. We cannot escape. The machine positioned in the gallery space mechanically simulates the friction movement of the discs held in her hands: Two copper discs connected to mechanical arms, driven by an electric motor to produce repetitive circular motions. The machine’s friction rate is synchronized with the video character’s rubbing rhythm. It is as if the need to concentrate on the rhythmic rubbing allows us to divert our attention from the main issue- the feminine ritual of nerve-wracking anticipation and bereavement. Anat Proper Goldenberg’s work touches every ounce of our souls as women, daughters, and mothers, citizens of the Gaza Envelope, and female and male citizens of this land. Indeed, we can all be compared with women waiting at night. 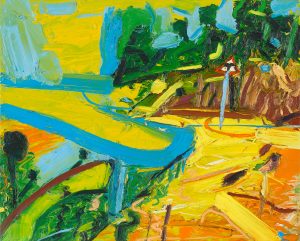 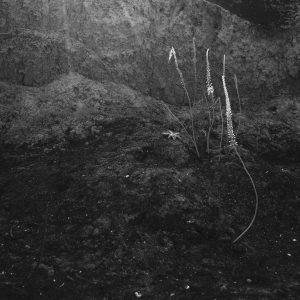 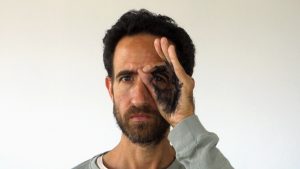 Avishai Platek and Nava Frankel | The Mountain’s Base 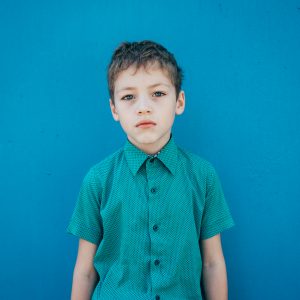