“We are filled with a longing for the wild. There are few culturally sanctioned antidotes for this yearning. We are taught to feel shame for such a desire. We grew our hair long and used it to hide our feelings. But the shadow of the Wild Woman still lurks behind us during our days and in our nights. No matter where we are, the shadow that trots behind us is definitely four-footed.” (Clarissa Pinkola Estés. Women who run with wolves.) Vicky Skandarion exhibits in the Gallery at Kibbutz Beeri paintings and sculptures she has created in the last two years.

The pictures are painted on white Formica or Plexiglas panels. A smooth and non-absorbent base, on which she paints in shades of brown, diluted with water. Most of her paintings are born in a process that has some randomness; she pours the material on the empty surface without planning ahead. The natural distribution of the materials on the surface creates hints of shapes, figures, and landscapes. From them, she gleans the image by subtracting, marking, and adding. Still, at the same time, she allows the material to behave according to its nature, flow, drain, accumulate and dry out. The diluted paint becomes almost transparent and reminiscent of stained watercolor work. The brown dominates, bringing to mind nature, earth and body.

The creative process allows for a surprising encounter with unfamiliar worlds from the subconscious, like a Rorschach test that requires viewers to confront their repressed thoughts, desires, and memories. The artist creates a world of marvelous images from her soul, from the stains and textures created on the work surface. In most of her paintings, the figure of a lush, mature, and feminine woman is a central image; animalistic and wild, a kind of great mother, containing, giving birth, and nourishing, the myth of the great goddess, the goddess of nature, the creator of life. Sometimes human babies are clinging to her multiple nipples. In other paintings, a man’s body stems from her body; she carries him on her back, and they become one body, carved in stone. The female images materialize as mythological, archetypal, and animalistic women, growing from the ground. They draw their power from the subconscious inner world, Jungian archetypes, folk legends, mythologies, and dreams, emerging from an ancient primordial world.

Another image that dominates her works is the image of the wolf, one of the most familiar animals to man in many of the world’s cultures. The dog, man’s best friend, is actually a domesticated wolf. The wolf lives in packs; it is familial, guarding its territory, devoted and loyal to its offspring. In culture, it is sometimes portrayed as a cruel predator and sometimes as a powerful and law-abiding creature or as a sociable creature that adopts abandoned human babies and raises them. The wolves in Vicky Skandarion’s paintings usually congregate in packs, clinging to the woman’s body, threatening, courting, being born from her body, or sheltering in her dress. But the woman is always powerful, strong, and not a victim. The engagement with the female figure corresponds with the archetypal figure of the analyst Carl Jung. The archetypes are similar images that recur in different cultures. Jung identified three main archetypes, among them the shadow – the most dangerous and powerful archetype. Its place in the collective unconscious is more profound than any other archetype. It includes fundamental animalistic, primitive instincts. Herein lies the dark side of man, the impulses that must be overcome and defended against to live a communal life. According to Jung, each person carries a shadow within them, and the more strongly it is repressed, the darker and denser it is. The shadow is an integral part of every person, like their physical shadow.

In Vicky Skandarion’s works, the wolf represents the wild and animalistic Jungian shadow archetype. It represents the woman’s wild side. In fact, it is the same entity that has different parts of the psyche engaging in a dialogue between them. It also represents the Animus archetype, the male entity that exists within the woman’s mind. In “Women who run with wolves,” the author calls us to trust the voice of our instincts, our inner strength, our nature, our love instinct, to return to our roots planted in nature. With that, she created a new lexicon to describe the female psyche. Vicky Skandarion’s woman appears in various phases: as a girl standing on a tree, laughing and baring carnivorous teeth; as a woman kneeling to give birth with a wolf’s head protruding from her body; as standing at the top of a mountain, throwing people into an abyss; As someone spreading her dress, inside which wolfs take refuge; As lying under a pile of wolfs, with only her legs sticking underneath; doubtfully a rape victim or part of the event and controlling it; as lifting up a wolf over her head; and as a wolf-woman fighting a male figure. In most paintings, the woman has a multifaceted dialogue with the wolf; she fights it, controls it, or is absorbed in it.

Next to the paintings are sculptures made of dried loofah, a natural material used for bathing and body scrubbing in the local Israeli and Middle Eastern tradition. This material choice stemmed from an emotional place associated with a childhood memory. Vicki’s father would make useful handicrafts from the loofah; he stitched handles for the flattened loofah for rubbing the body. Vicky Skandarion uses the loofah as a material and a sculptural object. She cuts, rips and tears until she gets small pieces separated from the rest of the loofah. In this process, she uses a cutting knife as if she were filleting meat. After disassembly, she reassembles the pieces by hand sewing as a sort of fusing and healing action. She usually coats the loofah with wax which symbolically forms a protective layer that guards the skin or exposed flesh. She also incorporates other substances such as white fur. Some of the works resemble live wounded flesh, and others are reminiscent of sexual organs, female and male.

The loofah has a fascinating structure; it’s a talking and living material, especially when inflated with water. Its internal parts resemble an exposed nervous system or a synaptic array that implies vulnerability and sensitivity similar to the human body. The loofah refers to many of the sexual abuse victims she treated during her work as a clinical social worker. These patients described an obsessive need to cleanse themselves of the dirt that stuck to them by repeatedly scrubbing the skin. The sculptures sometimes look like sensual and seductive fleshy flowers. As you draw near, vulnerability, severed limbs are exposed, like skin abstractly hanging from the body, like a phallic organ, a combination of a female and a male organ. They have a fibrousness that is sometimes fleshy and dense. In other cases, they become almost transparent; the fibers become hairs, fur, another entity. The sculptures, like the paintings, walk on the narrow path between physical and plant, between sensual and seductive, and wounded, between masculine and feminine. 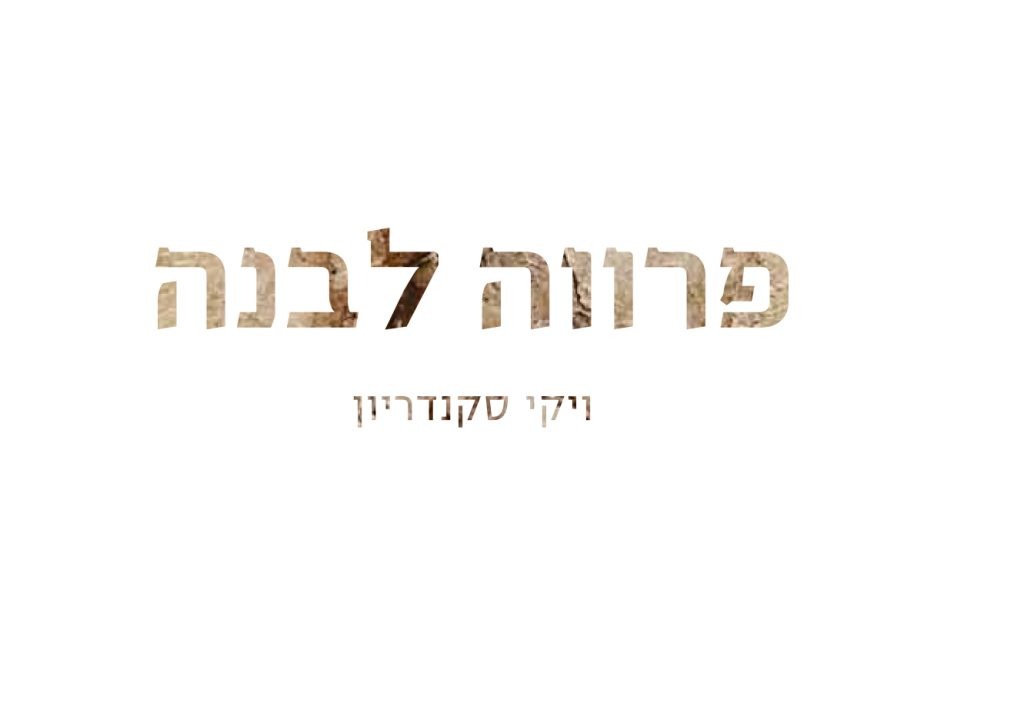 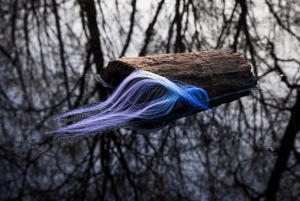 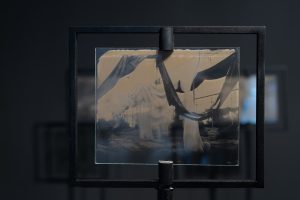 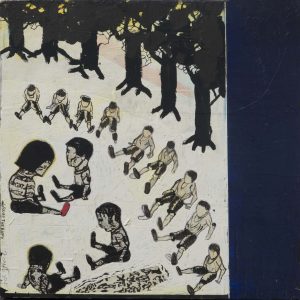